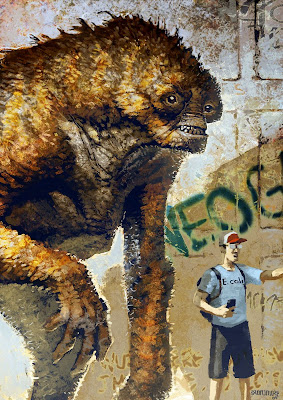 Sometimes, you just gotta know where the nearest public toilets are.
Posted by Greg Broadmore at 00:26 4 comments 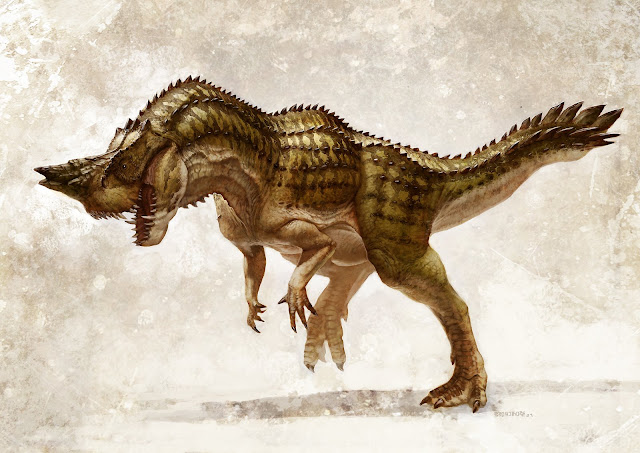 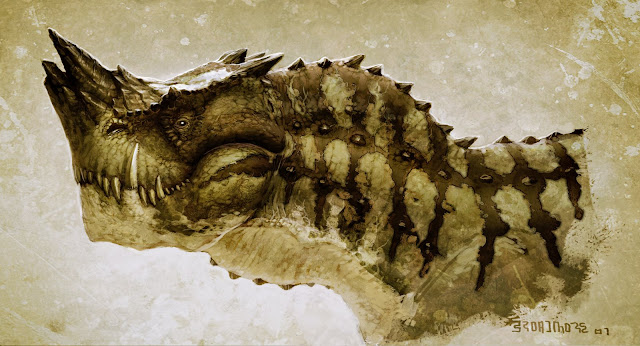 Dinosaur! Well sort of.
It's a Dinosaur that I created for an ImagineFX Tutorial (British concept art magazine) and it's entirely fictitious as you could probably guess.
I think I called it Atrocitasaurus, which is derived from a Latin base and means Hipster Doofus Lizard....or something like that. No wait, it means Lasers for Eyes Lizard...
This concept along with a bone diagram and some other supporting sketches became the basis for my friend and fellow Wetite, Steve Lambert's 3D version.
He created that (modeling, texturing, rigging and animating!) for 3D World magazine.
Posted by Greg Broadmore at 20:53 8 comments