I recently returned from a trip to the States where I visited a fair few places, spent time in a lot of museums and saw a lot of really inspiring art.
The pinnacle of all this, for me, was seeing the illustrative art of American Illustrator of the turn of the last century N. C. Wyeth.
I made a special trip south of New York city to Wilmington, Delaware where I visited the Brandywine museum.
This simple but astounding little museum contained dozens of his original artworks which were so astounding to me that I can't really put it into words.
For me it was as close to a 'spiritual' experience as a guy who doesn't believe in spirits is ever going to get.
The Museum also houses dozens of Howard Pyle pieces (they've had 100 new pieces donated to them recently which they have on rotation) which are also astounding to see up close.
On top of that, they have many works by N. C. Wyeth's son and grandson as well as a few by Harvey Dunn and Frank Schoonover amongst many others.
If you are ever close to Delaware, go and visit, you won't regret it.
Unless you are suffering from the brain damage...
Posted by Greg Broadmore at 02:52 3 comments 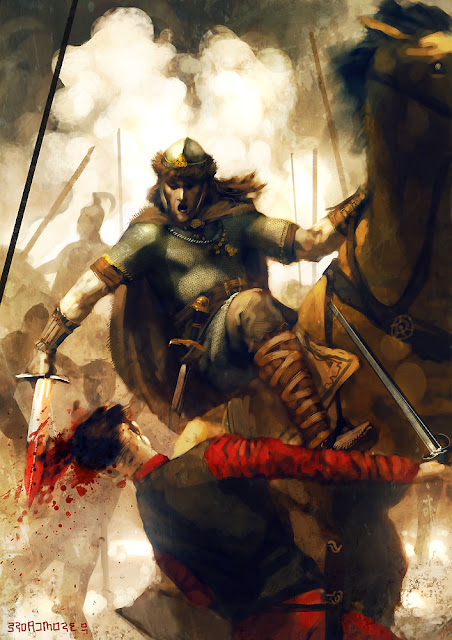 This is another quick piece I created for Radical comics.
What's it all about you ask?
Well, sometimes, when a man hates another man very much, he hits the other man with a sharpened stick. In the head. Hard.
That's the miracle of love.
I mean war...
Posted by Greg Broadmore at 02:44 1 comments 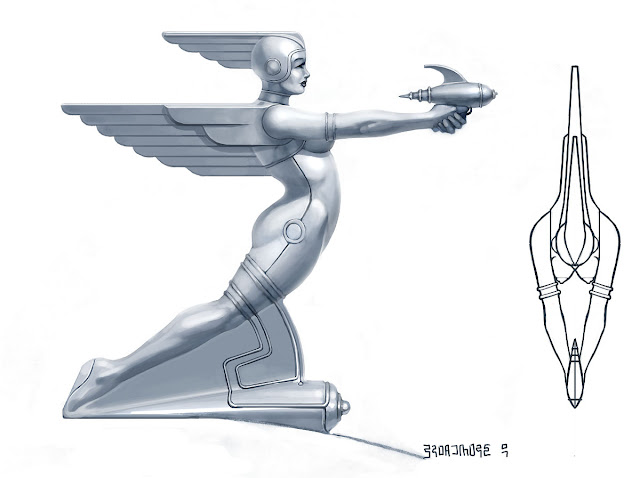 This is the final version of the design that I did for Richard's stylish Citroen Coupe.
It's more Deco than the other design and although I prefer the other design, I would choose this too for a car like his.
A friend, Mike Norman, is sculpting the final piece and I can't wait to see how it turns out.
It'll be cast in metal, chrome plated and then screwed to the bonnet to make the car go faster.
Sexy and aerodynamic.
Posted by Greg Broadmore at 01:19 1 comments