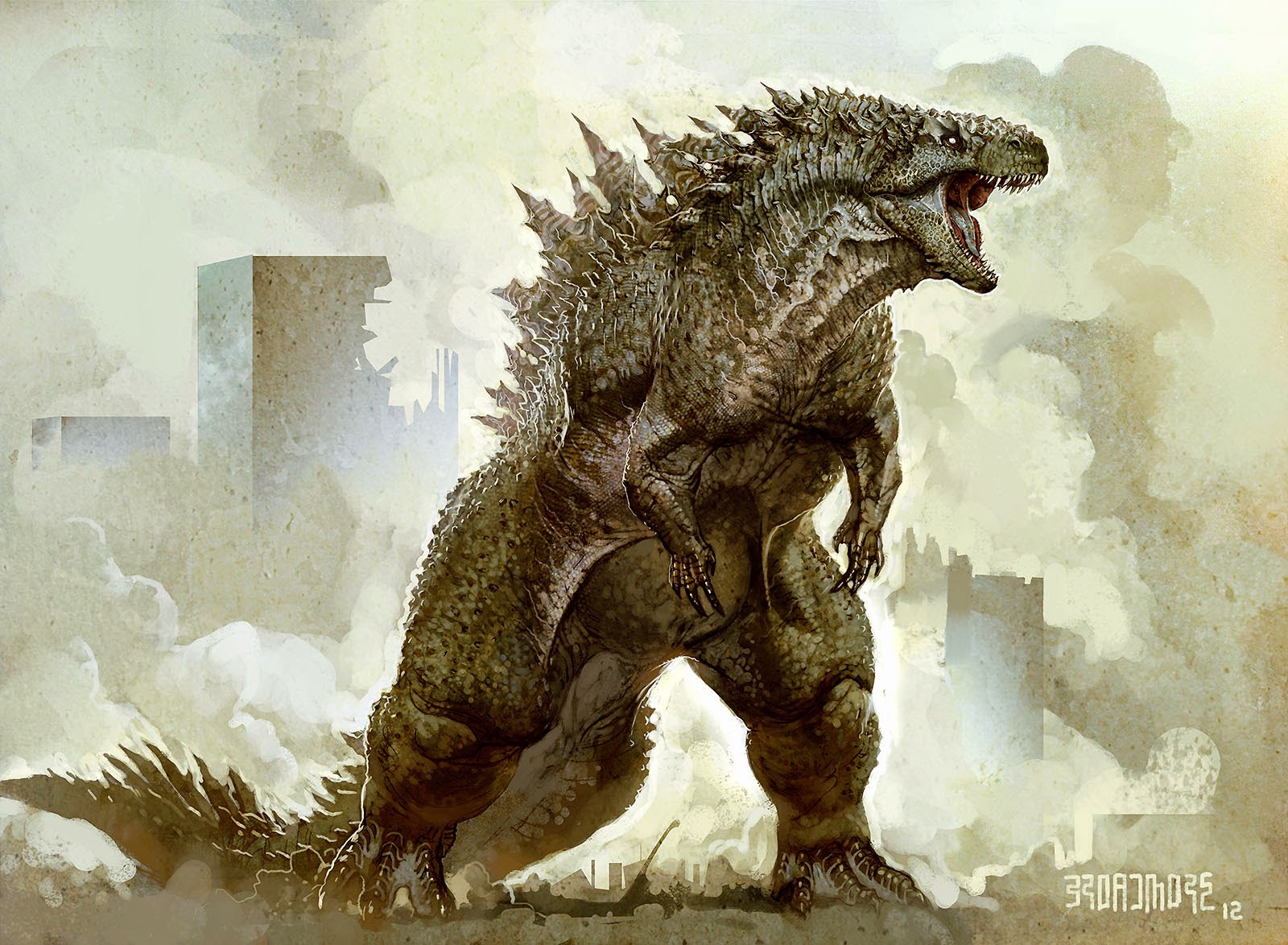 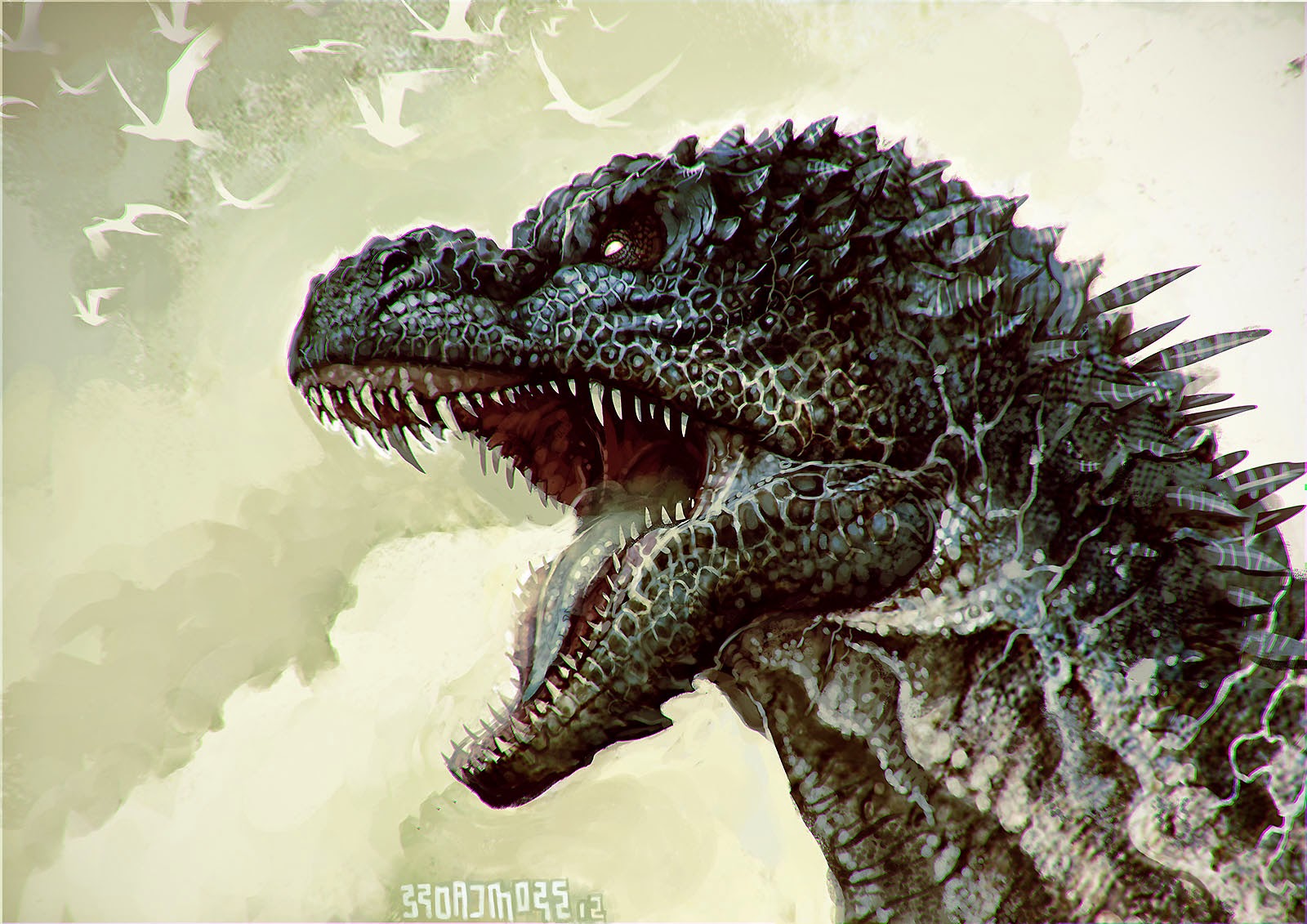 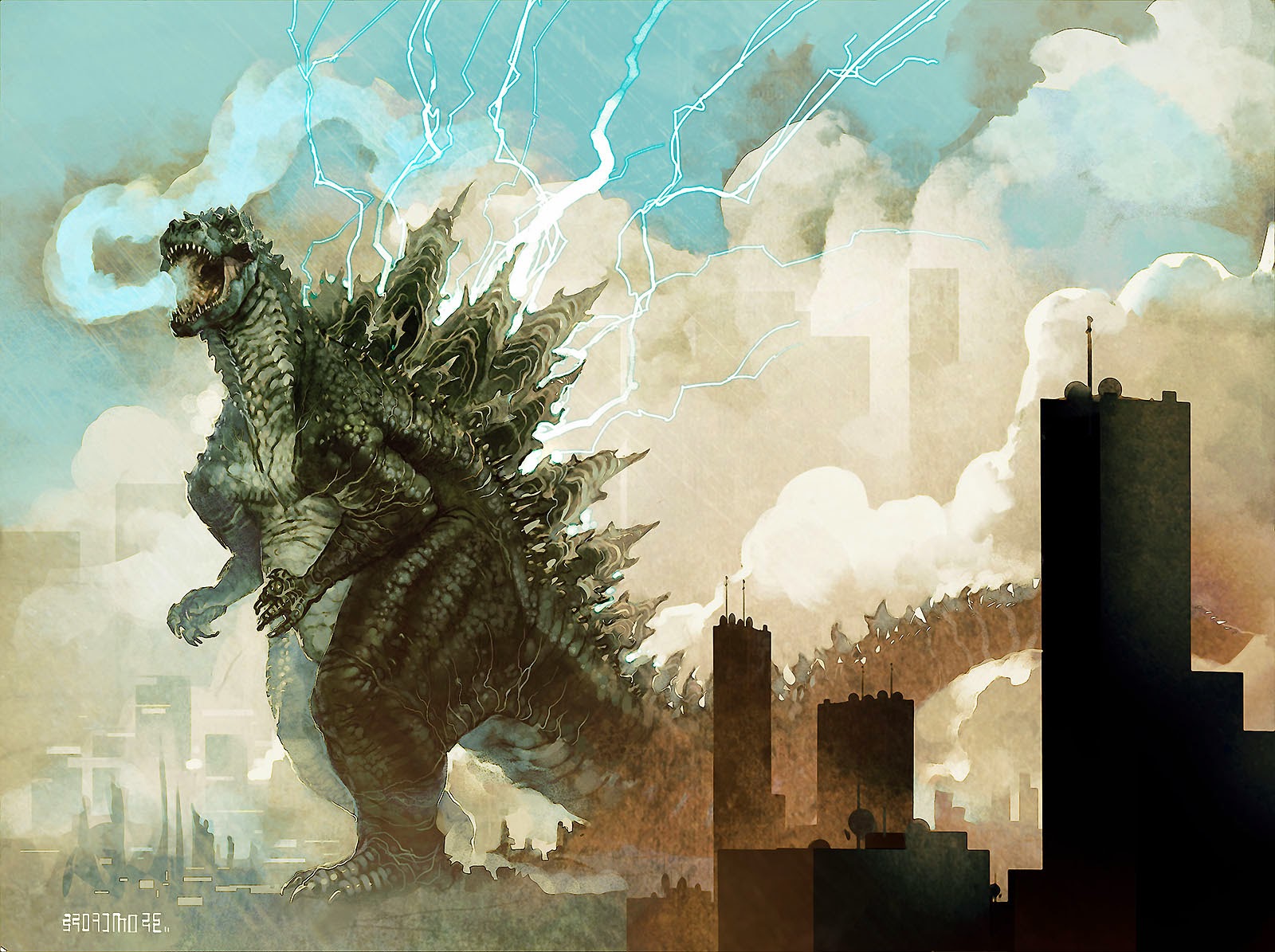 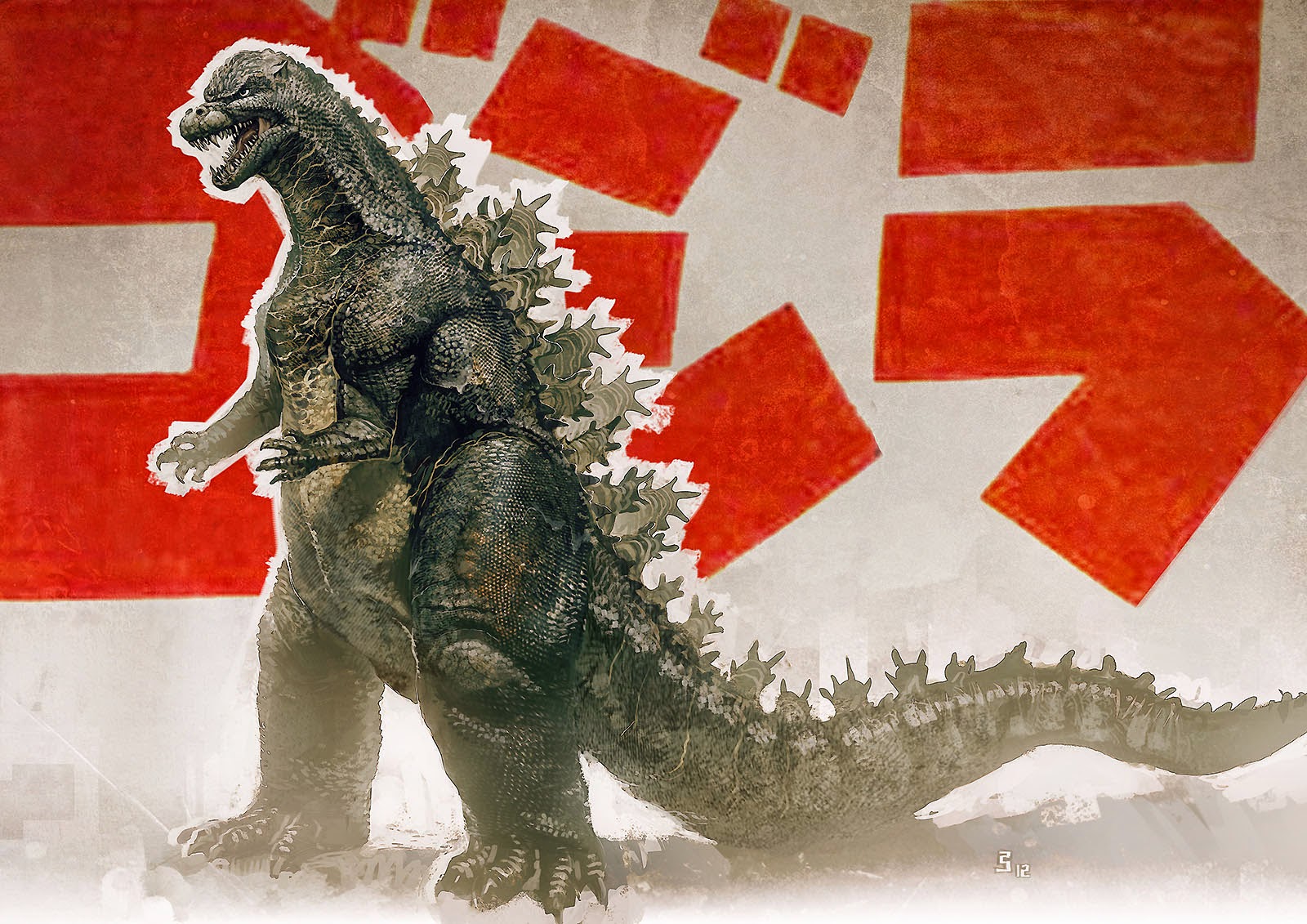 I barely did anything on Gareth Edward's Godzilla if I'm honest - my mates Christian Pearce and Andrew Baker did the montsers's share (snicker) of the design at Weta Workshop for the big guy himself, but I did devote a few hours and did maybe half a dozen or more early concepts - most of which I've featured here, and are also in the amazing Godzilla: Art of Destruction book.

I've been a Godzilla fan since I was a kid (hell, me and Christian started a punk rock band named in honour of his nemesis King Ghidorah.) so we wanted to keep our Godzilla pretty faithful to the original.

Not that we didn't experiment, but you can see the most conservative of my designs at the bottom here - it's pretty much 1954 Godzilla with mo' scales yo.

I'm not sure why I went all gangster there... anyway...

Some people have said our Godzilla is fat, and it's possible to describe those people with a medical term: morons. These people have obviously never had a good look at Gojira and admired his thunder thighs.

The final design that made it to the movie was pretty spot on I reckon and I'm proud to have played a small part in designing him.

The design of the spine plates is lovely, particularly in the second last pic. Did that surface texture make it into the final product?

Arghh I do love these so. Especially the top guy, he's such a bulky bully!