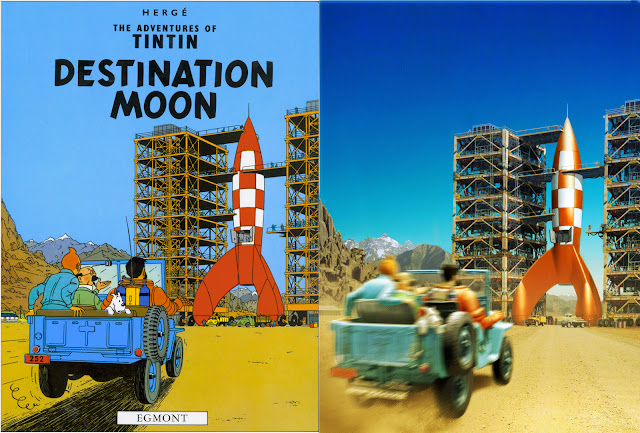 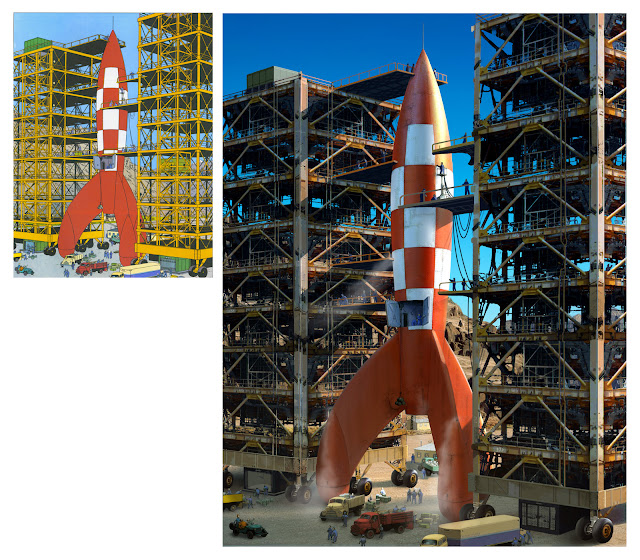 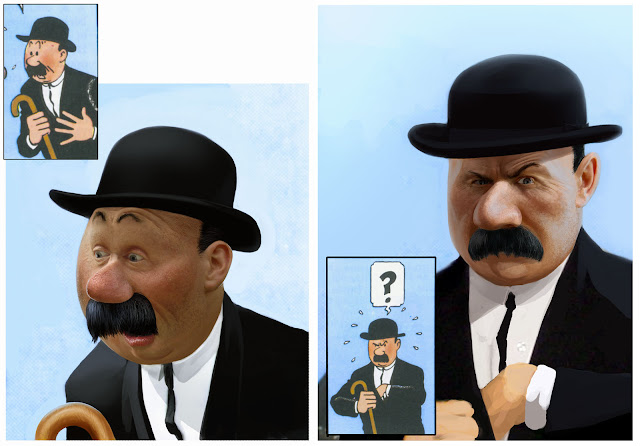 The Adventures of Tintin has been out for a while so I thought I'd show a little of the work that I did for the very early stages of the film.
I have to say, I had very little to do with the film overall, and simply watched as Chris Guise and his team worked their magic at Workshop, while the guys at Weta Digital worked ridiculous hours to bring this cherished world to life.
My small contribution was near the start of the project, and involved simply taking iconic frames or covers from Herge's work and rendering it as realistically as I could in the time we had.
It was a total departure from my normal work, in that I was slavishly faithful to Herge's lines and contours, as well as using photographic elements, which I seldom like to do.
This is not the sort of creative work I usually like, but for some reason I found the whole process quite refreshing.
It's one of the few times that I've just obsessively observed and followed a comic masters work and forgotten about my own creative intentions.
Quite liberating for a change.
If you want to see more, I'd recommend checking out the in-depth art of book Weta has made, and the incredible Ipad version.
More to come.
Posted by Greg Broadmore at 05:09

Probably my son's favorite part of the iPad app is the sliding between your versions and the originals. Baxter is 7 and also addicted to the Tintin game.

His dad is Belgian...

Big thumbs up on these!

Thanks fellahs.
Was a really fun project, and damn that ipad came out well. That functionality was cool, eh?

AS usual : Great...
it really impressive to see how you were able to actualize Tintin without killing him!