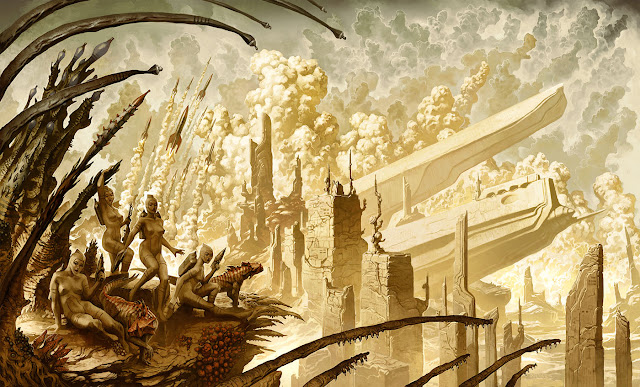 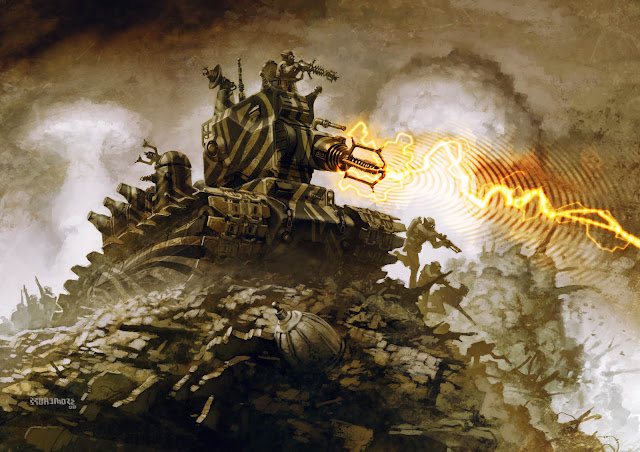 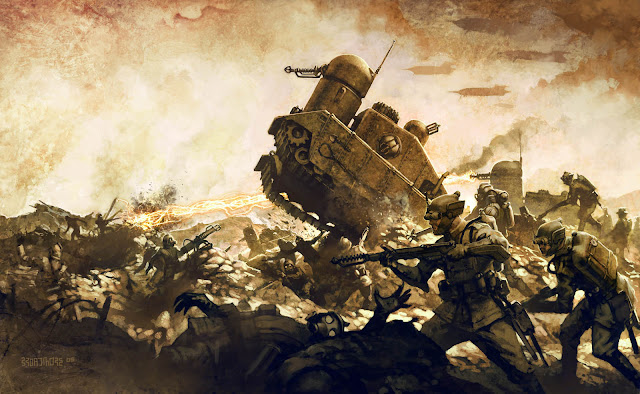 Some random sampling's of the Dr. Grordbort's world for your edification.
I have just googled the word 'edification' and I have found out that it means: "The instruction or improvement of a person morally or intellectually".
Now, I am not so sure that pictures of tanks, angry soldiers and more or less nude-women reclining in a fantasy setting have the power to improve anyone morally or intellectually and most would argue for the reverse, but I like the word and cannot be bothered to find a replacement.

The first is from my new book Triumph and the other two from Victory.
The Moon Maiden image is also available in paper instead of pixel form as a limited edition print.

I've just survived a really fun week doing the CDW workshop here in Wellington alongside ridiculously clever chaps, Aaron Beck and Ben Mauro. Also sharing his insights was the masterful, Robh Ruppel who also turns out to be an all-round top bloke.
I'll be posting some of the images from those 5 days over the next couple weeks.

The event was a surreal experiment for me - I normally wake in the afternoon, but every morning at 9am sharp (it felt sharp at least) I was revealing my crude and rough shod illustrative processes to a more than accomplished crowd.
Seriously, half of those in attendance should have been up on the stage instead of me.

Thank you for the Amazing week Greg! It was such pleasure to meet you! I was blown away by all of you guys :D

You should retitle this to the "So best collection"

Wicked pics, and holy moley would you check out those sweet links! :P