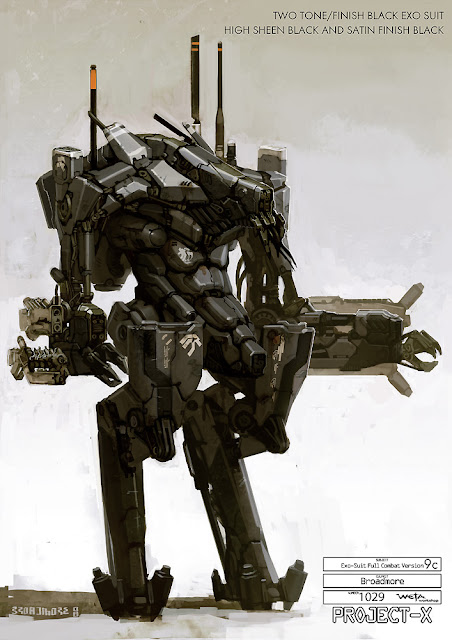 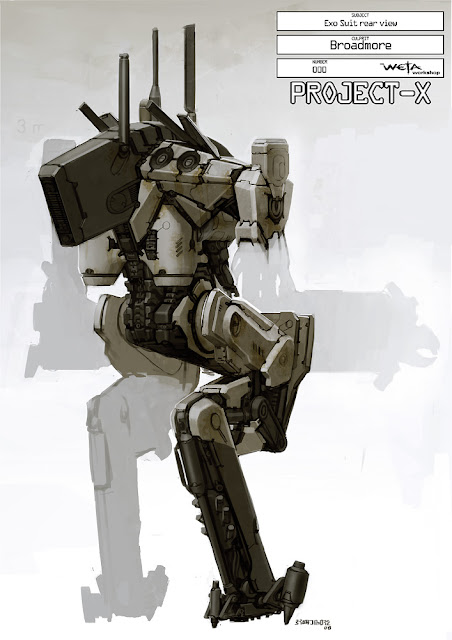 That suit is really sweet. Art's not bad, either! :-) The second sketch in particular reminds me of Joe Johnston's work on Empire. I'm glad you can post this stuff now.

Really cool that we're finally getting to see all the great work you guys did in creating this world.

Looking forward to the DVD.

dam! these are looking fricken sweet man, this stuff is going straight into the Broadmore folder

holy smokes that took forever. nice to see these.

Mr. Broadmore, did you design the MNU vest labels & insignia? If not you, then who did?

Man, this is the kind of shit that makes me want to quit. Seriously awesome work. I'd love to see you process on these. Also that Prawn model paint over is fantastic. Truly amazing man. Treat yourself to a gin and tonic. hell set up a Paypal account and I'll treat you to one.

Man I can't tell you how much I like that design, its absolutely brilliant! I been waiting for you to put this up, and its great man, thanks for sharing. I love the way its a mechanical suit and a creature at the same time. It really was an extra character in the movie, and its insane how they made the model exactly like your design. In one word DOPE!

Seriously now, you stand as a beacon in the middle of the sea of concept art! That has to be one of the greatest mech ever designed!

Hey all, thanks and thanks again. I'm glad I can show a little of what I did.
Mike - all the graphic design for the Aliens (their logos and language) and for MNU was done by Leri Greer - his site is listed in the side bar.
Thanks Doug - I will drink that Gin and tonic for sure!

You know you've made it when people are doing lego versions of your designs. Congrats man. I'm so glad you have a blog, and you're willing to share your magic. Totally badass.